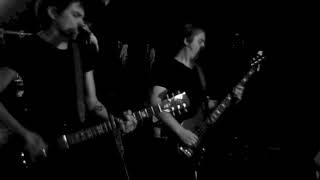 Listen to our album on Spotify, iTunes and Soundcloud! 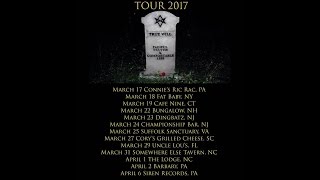 Tour Updates for Painful Truths Tour on the way!

Listen to our album on Spotify, iTunes and Soundcloud!

Less than a week until the release of our debut album!

We're very excited to announce the release of our next music video, "Breathe" will be December 23rd!

With the release of our debut album now behind us, we're eager to start announcing some of the exciting things we have in the works, starting with this new music video.

This video in particular I know we all want to share with you, mainly because it's definitely not your common video shoot conditions.

We started setting up for the shoot at eight in the morning after all of us had a late night, just to drag equipment a quarter of a mile through the muddy woods during Hurricane Mathew. We were all freezing, exhausted and pissed off to say the least, but this was a great memory for us to say the very least and we hope you enjoy experiencing some of it.

On a personal note for me, this song is rather important because it addresses the most important relationship in my life. She's always been there through the worst of it, and to this date this is the closest I've come with one of our songs to thanking her.

Nothing else can be officially said yet, but expect more videos and many more shows this upcoming year!